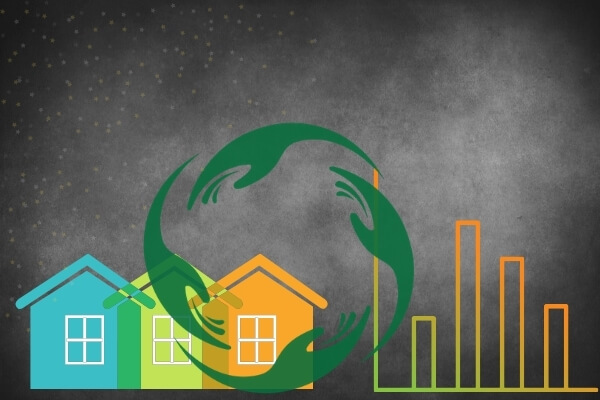 It’s been a big few week, not least because of the reminder that Covid is still an ongoing situation here in Aotearoa as well as the rest of the world! We can feel a bit like we are in our own little bubble in NZ but it doesn’t take much to change that perception. We hope that you’ve been feeling ok about it, as the uncertainty can be distressing at times.

The big news in our industry is that on Monday 15 March 2021 the laws governing financial advice in New Zealand are changing. Financial Advisers will need to hold (or operate under) a Financial Advise Provider (FAP) license. This is why Elise has been extra busy lately – studying alongside her usual workload. She’s been working hard to get the assignments done and to get her transitional license issued, and is now all set to operate under the new laws. The new rules are in place to help ensure that you, our clients, are getting the best advice and service from our industry.

This reminds us that when things change you may need to adjust your finances, so if you do have changes – new jobs, no job, change in income, new additions to the family – please do talk to us and we can help guide you to make the most of your resources and to keep you secure.

Reminder that it is now 4 months until you need to have made the full contribution of $1,042.86 to get the contribution of $521.43 free from the government. It is not too late to ask us if you have forgotten how to check your balance. Remember that you can make a lump sum payment if you are not making regular contributions of at least $20 per week.

A reminder regarding Covid – if we do go back into a hard lockdown and there is talk of recessions and economic upheaval, don’t “jump boat” like lots of people unfortunately did during the first lockdown of 2020. What we saw last year is that while KiwiSaver balances dropped at the onset of lockdown, they bounced back fairly quickly and the customers who had retained their fund setting by doing ‘nothing’ were better off than the ones who shifted their KiwiSaver into more conservative funds.

If you have concerns about your current KiwiSaver funds please talk to us and we can help you to figure out if there is a better option for you at this stage in your life. If you’re considering retirement or looking to buy your first house soon, you may want to make some adjustments to your KiwiSaver so that you’re in the best position when you need to access that money.

Back in early February, speaking at the release of the Budget Policy Statement, Grant Robertson said that the government will announce a rolling series of measures to build on what it did last term to address the crisis in housing.

“The first of those will be on the demand side measures which will come in late February. We all know that building more houses, particularly affordable houses, is critical. But we also can do more to manage demand, particularly from those who are speculating.”

He said advice from Treasury and the Reserve Bank had been taken on the matter.

Robertson said the government planned to “tilt the balance” toward first home buyers and wanted to incentivise new builds.

“As the prime minister has outlined, we will also make more announcements on the supply side as Budget 2021 is finalised.”

Robertson has indicated that one of the things that will be looked at is the current settings of the bright-line test.

CoreLogic’s Cordell Housing Index Price (CHIP) report for the December quarter showed that construction costs rose by 0.4%, down slightly from 0.6% in Q3 and also the smallest quarterly rise since Q2 2016 (0.3%).

These increasing costs and the issues with getting materials for construction will be adding to the price increases for new builds.

You can read the full CoreLogic article here

Westpac economists are predicting a recession this year, with NZ’s GDP expected to drop due to our borders still being closed. That said, no one is expecting the housing market to slow down due to this recession. FYI, a recession is two consecutive quarters of drops in gross domestic product (GDP).

“The housing market has heated up much as we warned,” said Stephens.

“We are now forecasting 17 per cent house price inflation in 2021, due to ongoing low interest rates. But by the same logic, we continue to warn that when interest rates do eventually rise, house prices will fall.

“Our analysis has long shown that financial factors, and in particular interest rates, are by far the biggest driver of house prices. And with mortgage rates at record lows, there is scope for further significant gains in prices.“

The issue of lack of supply is still a major problem in the housing market.

Effective today Investors need to have a 40% deposit for purchases of existing housing stock.  Investors can still borrow up to 80% if they are purchasing a new build or if the lender is not sourcing the funds from sources other than the Reserve Bank.  Some Lenders may even lend up to 85% for the new builds

With all the changes that are coming through from the Government and from the Reserve Bank, the Lenders are now being more cautious about the debt servicing.  The banks are preparing for rate increases over time and making sure that once you have the debt that you can continue to service it when interest rates do rise.

The Reserve Bank is using Loan-to-Value (LVR) rules to help take some heat out of the property market and has indicated it will raise the LVR requirements for investors and homeowners. Investors are going to need a 40% deposit when purchasing an investment property, with the exception of new builds where a 20% deposit will still be sufficient.

Here’s the blog we wrote about it a few weeks ago.

On the 24th February the Reserve Bank reviewed the monetary policy and left the OCR unchanged at 0.25%.  The RBNZ is still keen for the interest rates to drop with the lenders and is looking for the low rates to help business as well as home owners.  All major banks are offering rates at under 3% for a variety of terms including for 5 years.

An update from us.

It’s all go in the final countdown to the new FAP rules coming in this month. We’re looking forward to implementing new systems in the near future, and streamlining some of our processes. Lots of work to do, and we’re up for the challenge!

As always, please get in touch if there is something specific we can help you with, or if you just want to touch base. We are looking forward to working with you soon.

– Elise and the team